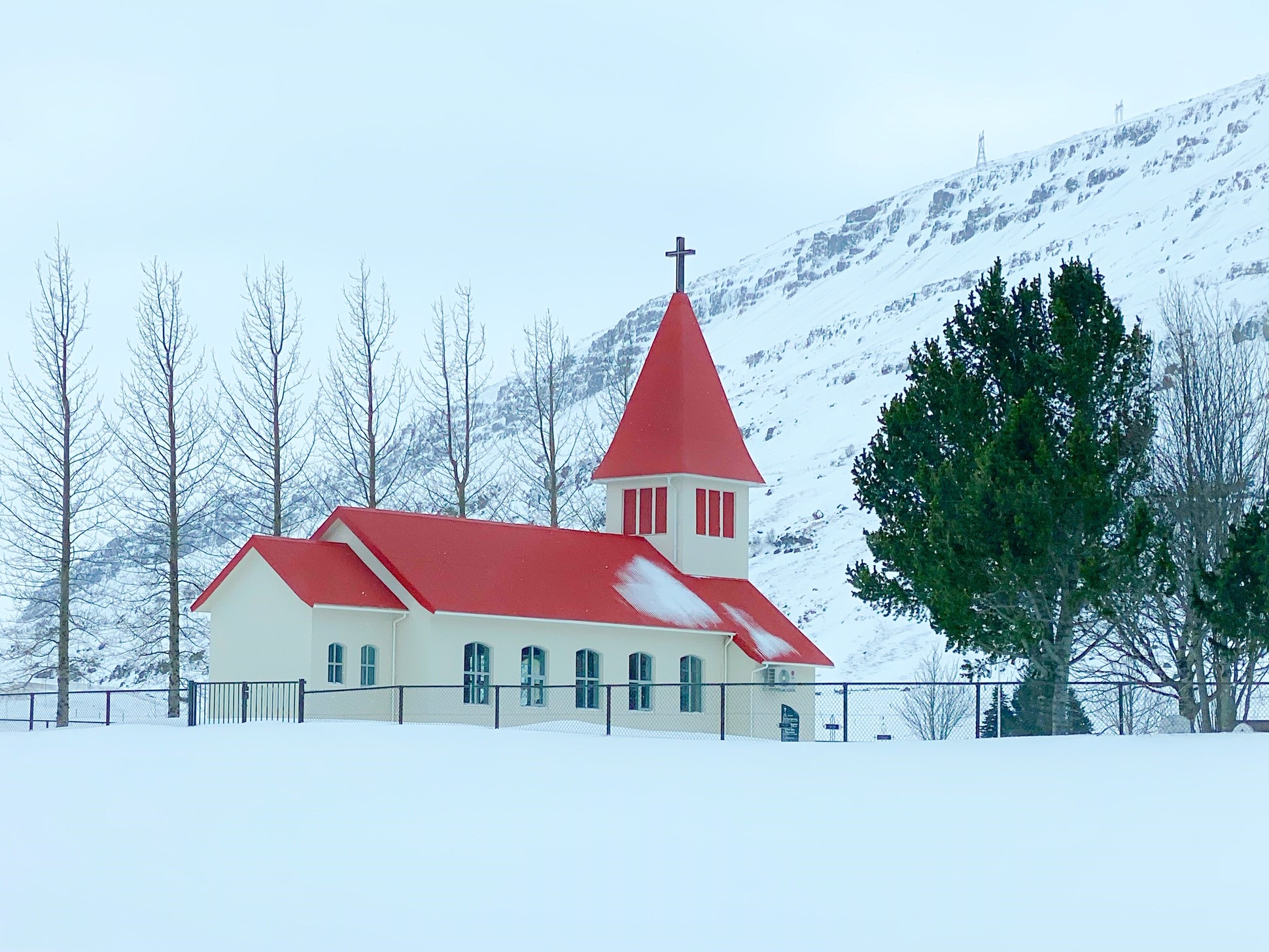 This church belongs to the Valthjofstadur benefice in the Mula deanery. During the catholic period, the churches there were dedicated to the Holy Virgin. The present church was made of concrete, consecrated in 1966 and seats 95 people. Its chalice and one of the baptismal fonts date back to the 18th century. The other baptismal font is much younger. The altarpiece is Danish, showing the transfiguration on the mountain. The inner door is a replica of the original, a present from former constituents on the day of consecration in 1966.

The original most probably was a hall door in the 13th century and later installed in a stave church, which stood for centuries at Valthjofsstadur, until after the Reformation. It is 206,5 cm high, a combination of three boards. Two beautifully carved, round planes (97 cm) decorate the door. These carvings are considered to be among the purest roman pieces of art of the Nordic countries. The carvings depict the friendship of a knight and a lion. In 1852 the door was sold to Copenhagen, but was brought back with other pieces of art in 1930 and has been on display in the National Museum ever since.