The turf houses of Hjarðarhagi farm 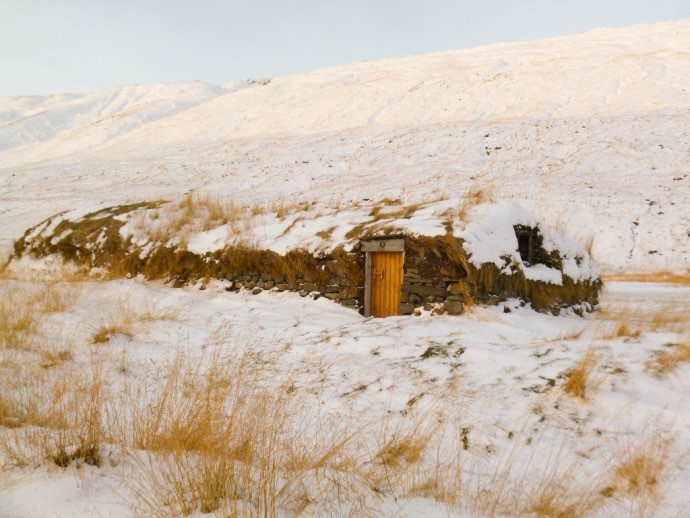 The turf houses of Hjarðarhagi farm
For centuries the outhouses of Hjarðarhagi were in a cluster of six buildings, most of them still in use until the 1970’s. Today, the two old sheephouses are the only ones still standing, the others were demolished in the 1970’s to make space for Road No 1.
The houses came under the supervision of the National Building Heritage Board of Iceland and are now supervised by the Cultural Heritage Agency of Iceland.
The style and materials of the buildings are traditional, turf, stone and wood, and roofs lined with brushwood under a cover of turf.
You are welcome to look around and take pictures but walk with care.
These turf houses are typical for the single feeding-line sheephouse. They were only slightly modified during their time of use and all basic dimensions are original. The houses have now been restored to a completely original state, as all latter-day modifications have been removed.

In later years Efstahús was used as a lambhús (house for sheep in their first year), almost unchanged from its original form. 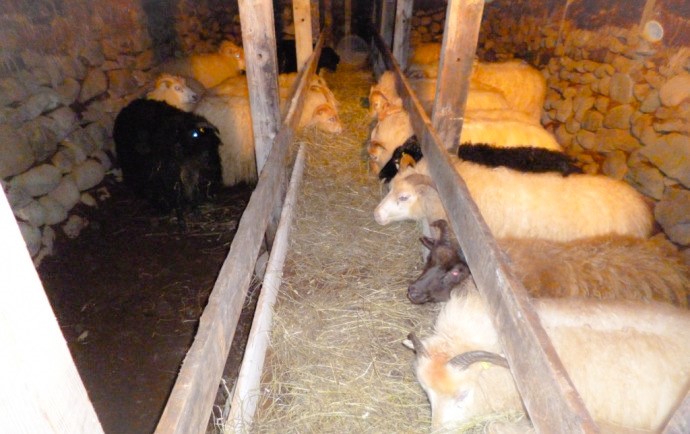