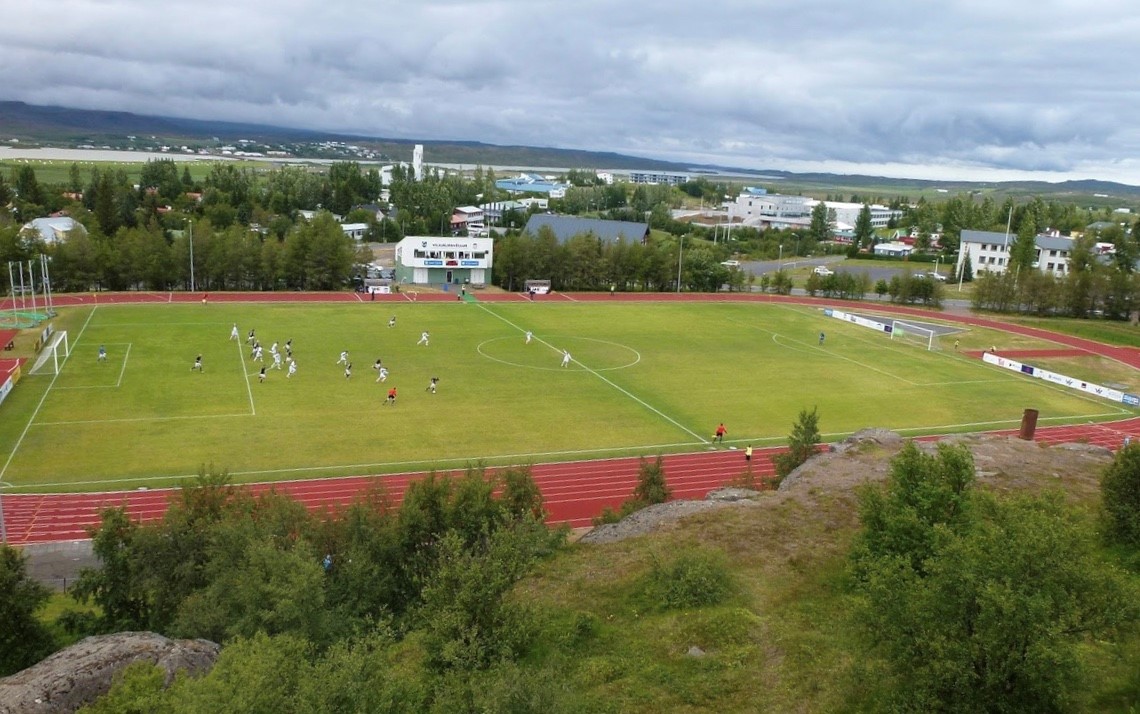 The Sport Stadium in Egilsstaðir is called Vilhjálmsvöllur after Vilhjálmur Einarsson (5. June 1934 – 28. Dec. 2019)  who was a track and field athlete and a triple-jump silver medalist at the 1956 Summer Olympics in Melbourne, Australia. Vilhjálmur set a new Olympic Record by jumping 16.26 m in the triple jump, only to be surpassed by Adhemar da Silva from Brazil. This was the most unexpected result of the Olympics that year, and his silver medal was Iceland’s first ever Olympic medal. The jump is represented in a silver statue on the stadium of Egilsstaðir. In 1958 he took bronze in the triple jump at the European Athletics Championships in Stockholm, Sweden, with 16.00 m. but his personal best was 16.70 m set in 1960 inLaugardalsvöllur in Reykjavík, Iceland. He was named the Icelandic Sportsperson of the Year five times, more times than anyone else.

It’s a great place to exercise for everyone who likes running, walking or play football. 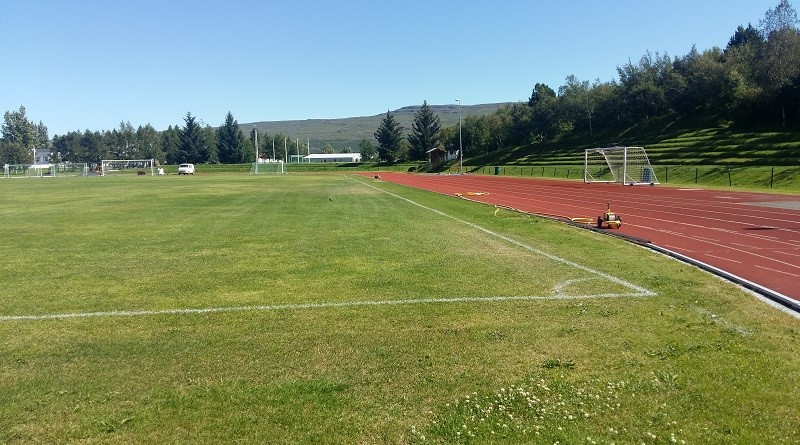