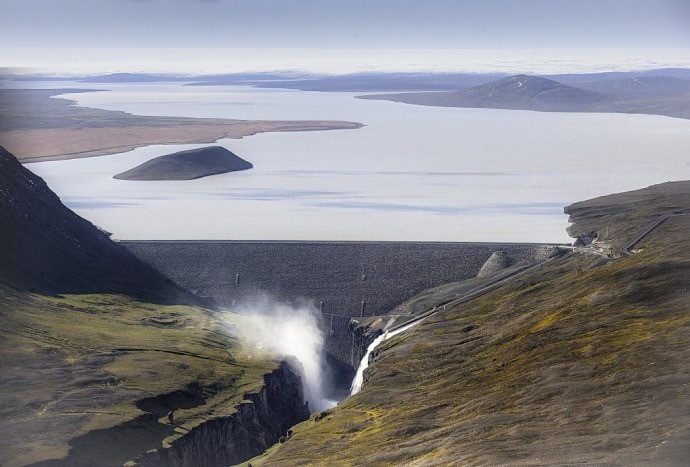 Karahnjukavirkjun is a Hydropower plant in Eastern Iceland, designed to 4600 GWh annually to serve Alcoa’s aluminium smelter east of Reydarfjordur in Northeast Iceland.

The Karahnjukar plant takes its energy from the dam at Jokulsa a Dal/Bru glacier river and Jokulsa in Fljotsdalur  with five dams altogether and three reservoirs. The largest dam is also the largest of its kind in Europe, 193 m high and 730 m long and comprised of 8.5 million cubic meters of material. 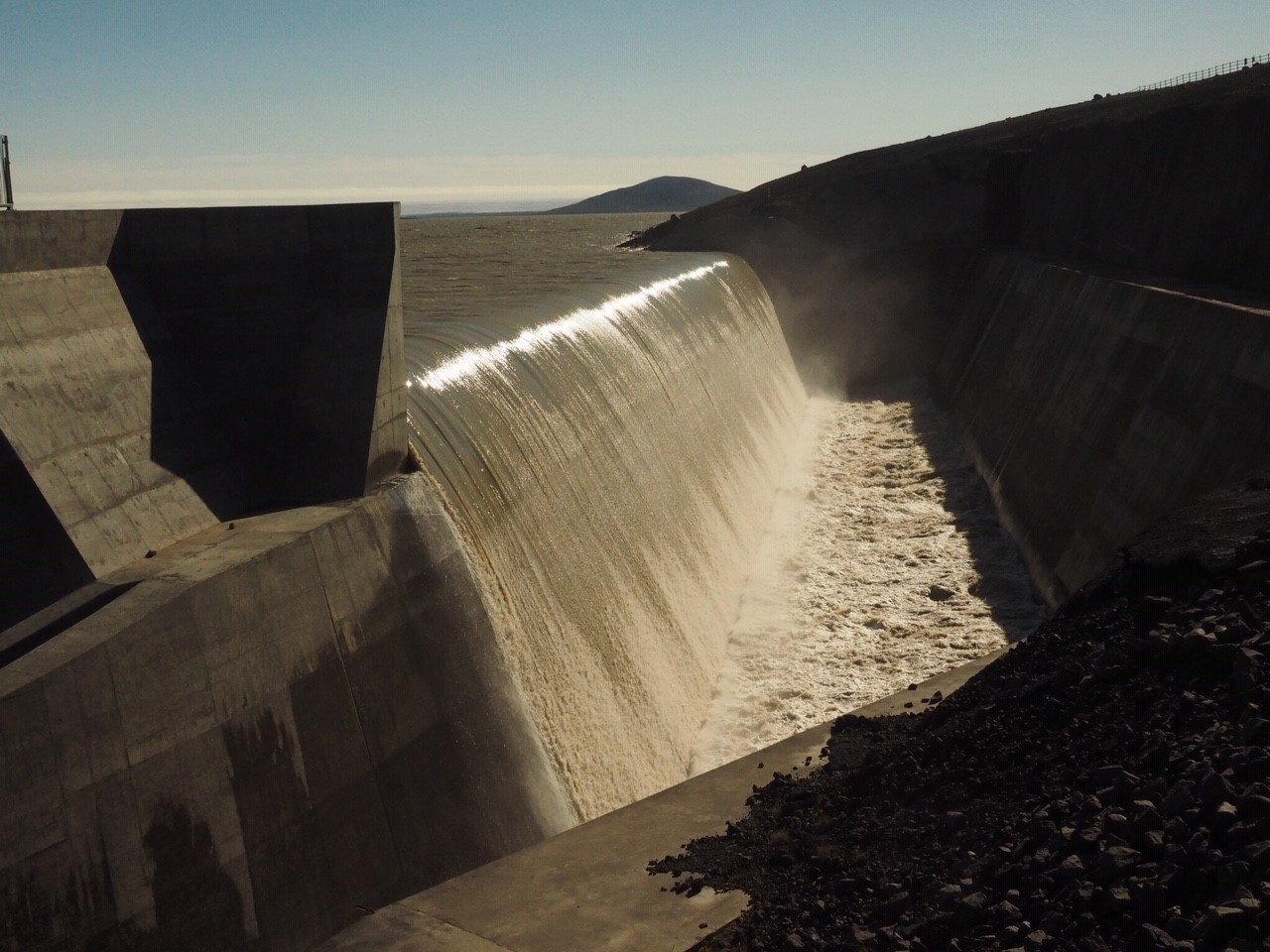 Kárahnjúkar Dam and Hálslón reservoir were created as part of Iceland’s most extensive construction project to date, and have since been visited by numerous tourists. The two tuff peaks named Kárahnjúkar stand tall on the east bank of the Jökulsá river and canyon, which ranks as one of Iceland’s deepest and most impressive. The long-term use of the reservoir here to turn the powerful turbines down at Fljótsdalur Station began in late 2006.

It’s a fantastic experience to walk along the rim of the dam and look down into the spectacular canyon below. It is impressive sight and gives you a sense of how tiny the human really is in comparison with nature when you stand in front of this magnitude and scale. 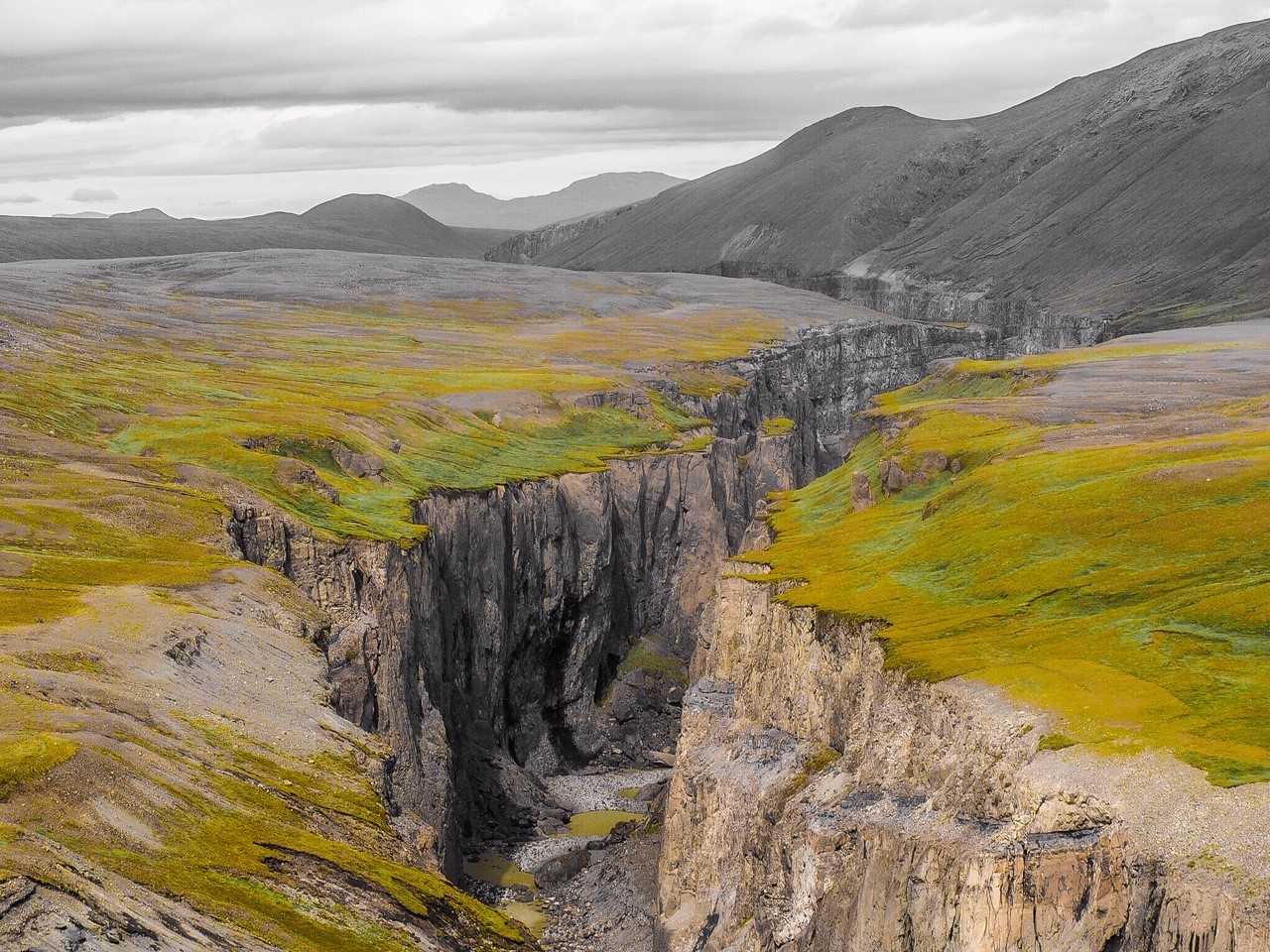 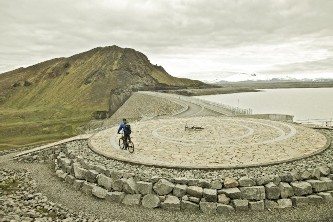 When you are in Egilsstaðir, Dont forget to visit

Traveling around East Iceland is pretty amazing in