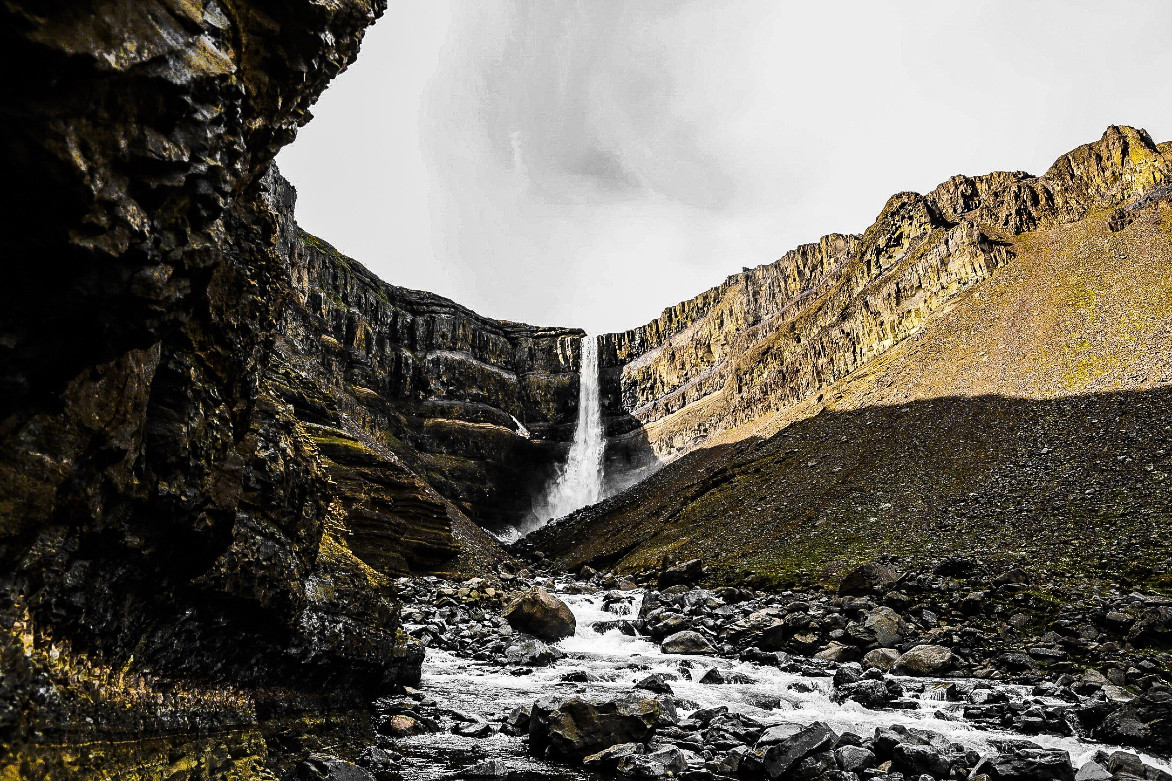 The top part of the trail to Hengifoss can be affected due to spring conditions.
The shorter hike up to beautiful Litlanesfoss is open and a little bit further up.

Hengifoss is one of the highest waterfalls in Iceland and one of the most known landmarks in East Iceland.
The waterfall is 128 meters high and starts in Hengifossár lake. Hengifoss is particularly picturesque and there are visible layers between numerous Tertiary lava strata that yield a reddish color in the cliffs around the waterfall.
Moreover, underway towards Hengifoss there is another waterfall named Litlanesfoss which presents impressive stands of basalt columns on both sides of the gorge. The hike up to Hengifoss is rated 2-3 in difficulty.
You can walk along either side of the river but the most popular trail is from the parking lot.

A fairly light, yet steep, walk of about two hours.

The second tallest waterfall in Iceland, 128 meters, in Hengifossá river. One can reach the waterfall from both sides though it is more common to walk up from the parking area by the riverside. Elevation is 300 m. On the way up one gets a view of on of the tallest steeple or pillars of rock by Litlanesfoss waterfall. It is exciting to walk up to and behind Hengifoss, cross the river and walk down on the other side but that is a longer hike. The cylinder with visitors’ log and stamp is in a grassy spot close to the end of the trail (N65°05.422-W14°53.200). 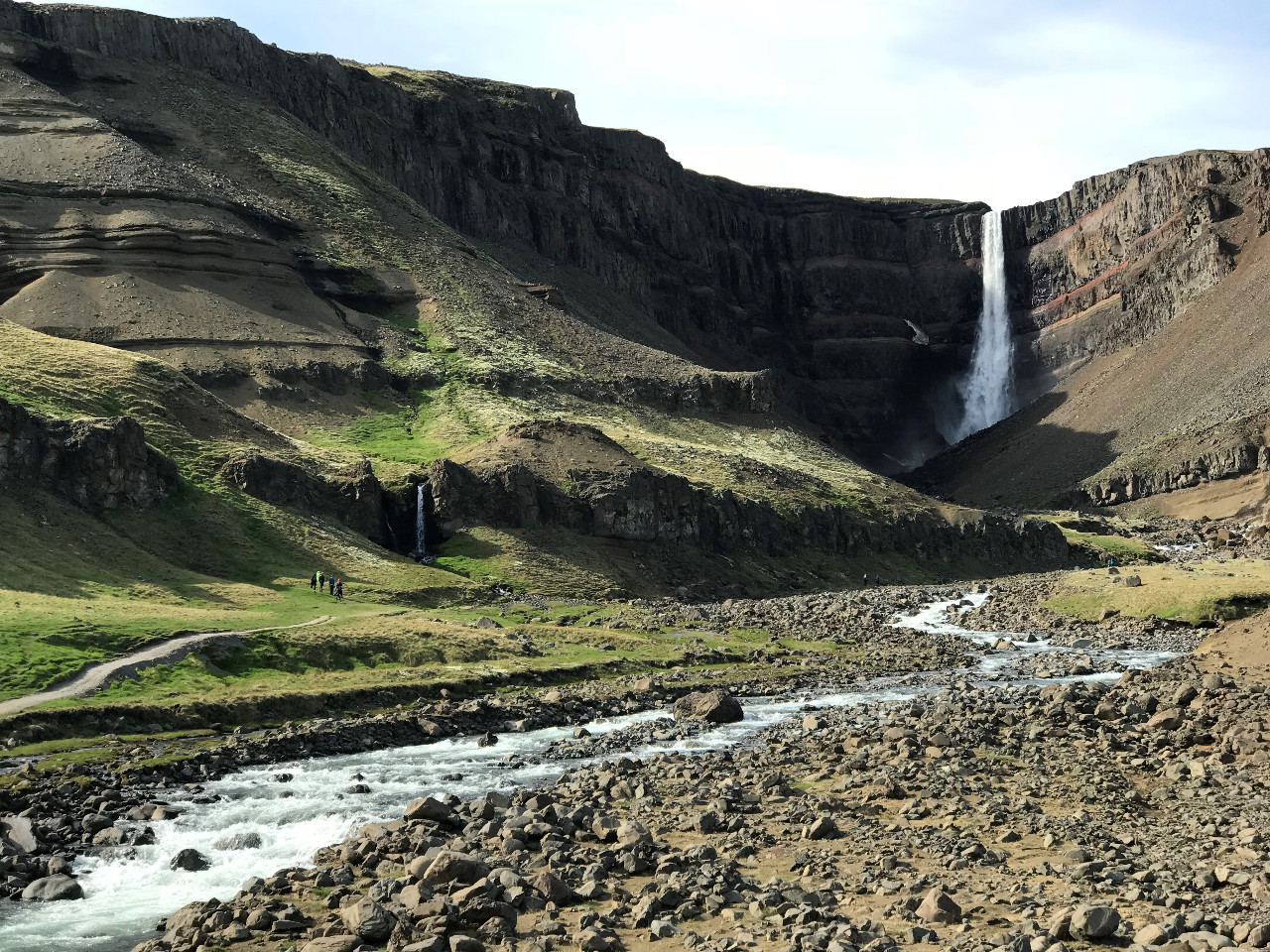 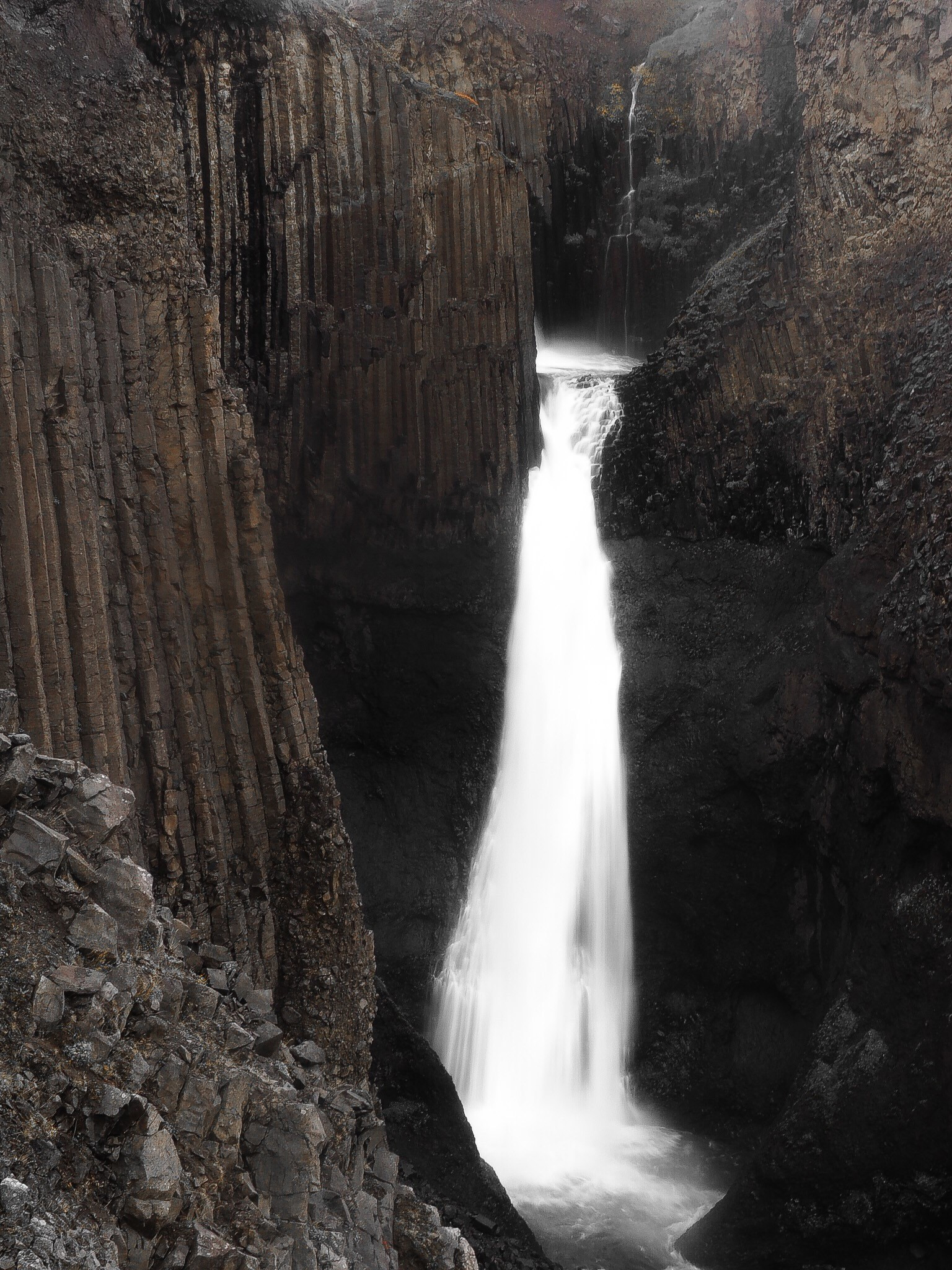