The oldest recorded sighting dates back to 1345. At that time the wyrm was said sometimes to resemble large islands, but at other times to rise out of the water in arches, spanning hundreds of fathoms. People were unsure what sort of monster this was, because neither its head nor tail were visible (from Skálholtsannáll).

In 1589, the wyrm was reported to have lifted its back so high above the water that a fast ship under full sail – crosstree, tackling and all – could have passed underneath. When its gigantic body slammed back into the water, the resulting crash rumbled throughout the vicinity. Several nearby farmsteads were damaged so badly that they had to be abandoned, and no one has ever lived there since (from the bishop Oddur Einarsson).

Sightings of the wyrm’s activities were frequent during the 17th century. It appeared variously as humps or islets, and yet again lifted its huge form into the sky. Such appearances were generally
considered to bode misfortune (from Íslenskir annálar).

Around the mid-18th century, other creatures were observed in the lake. Once when the wyrm was seen during winter, it raised three arches above the water and blew out blue smoke (from Djáknaannáll). 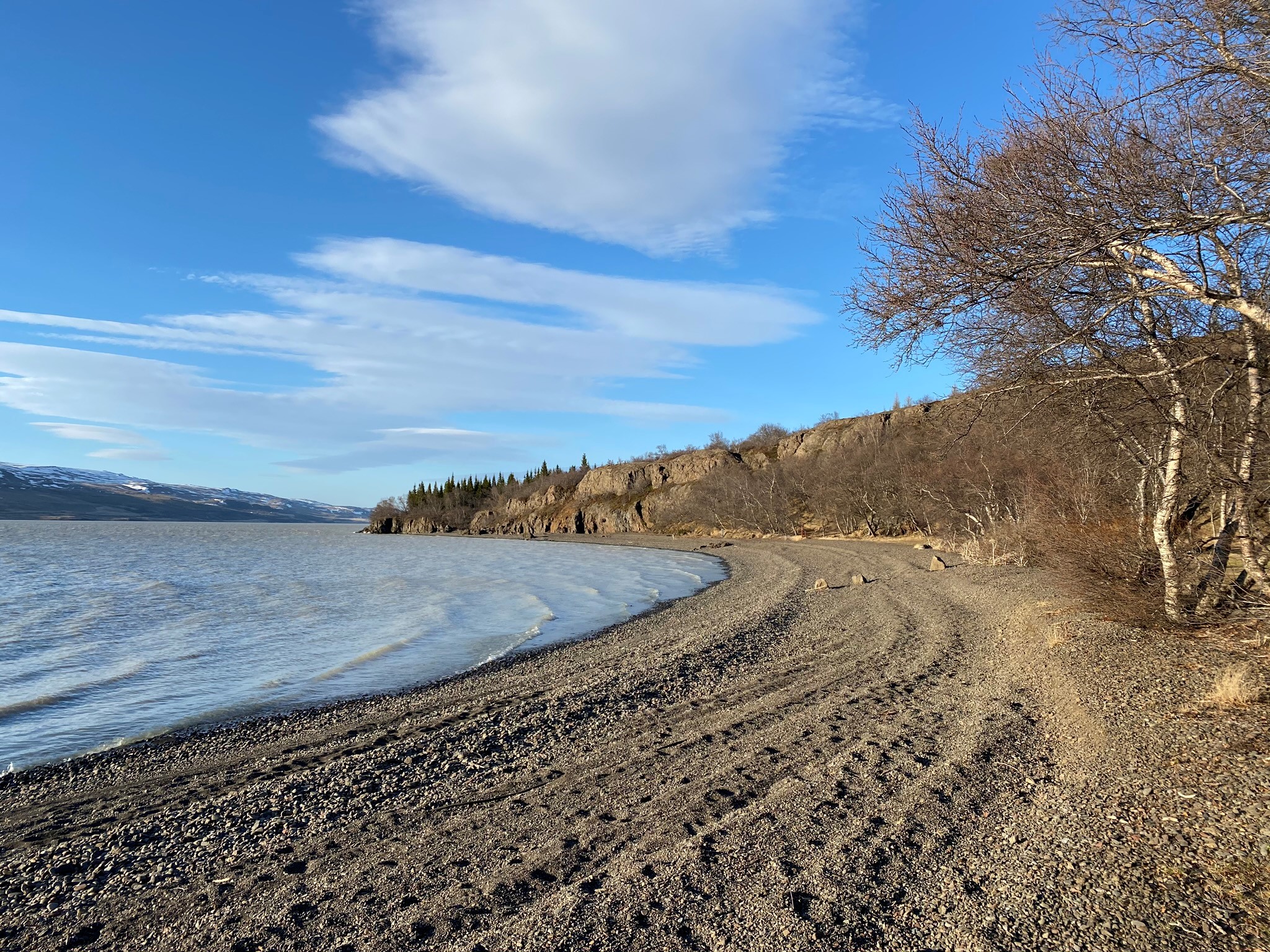 The wyrm shot its humps up regularly during the 19th century, in addition to appearing as a clump or overturned boat gliding upriver against the current and against the wind, tossing towards both sides. During the 20th century, various shapes of the Lagarfljót Wyrm were viewed from all around the lake. A depth sounder once noted it snuggling under an overhanging bank, far below the surface. The wyrm was also seen sprawled on the Atlavík beach, stretching from one side of the inlet to the other. Can you provide a sighting for the new century?

Want to know more ? Go to the official website by clicking HERE