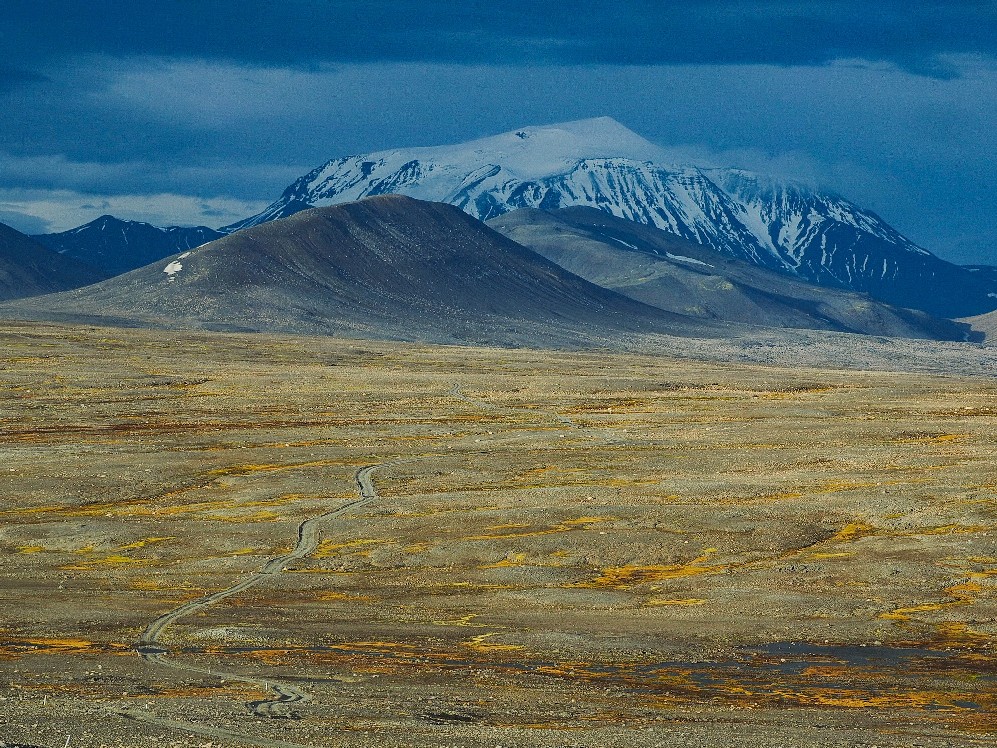 The visitor centre at Skriduklaustur is the information centre for the east territory of Vatnajökull National park. The visitor centre opened in June 2010 and is the first BREEAM certified building in Iceland. The centre also has an interesting exhibition on the area and the nature.

The volcanoes of Kverkfjöll and Snæfell tower over this region. Broad wetlands and expansive ranges distinguish the areas near the glacier and around Snæfell. These areas are an important habitat for reindeer and pink-footed geese.

It was established in 2008 and encompasses not only all of Vatnajökull glacier but also extensive surrounding areas. These include the national parks previously existing at Skaftafell in the south and Jökulsárgljúfur in the north, so that today’s national park covers 14% of Iceland and ranks amongst Europe’s largest.
The unique qualities of Vatnajökull National Park are primarily its great variety of landscape features, created by the combined forces of rivers, glacial ice, and volcanic and geothermal activity.

The largest glacier in Europe

Vatnajökull is Europe’s largest glacier, with a surface area of 8,100 km2.
Generally measuring 400-600 m in thickness and at the most 950 m, the glacial ice conceals a number of mountains, valleys and plateaus. It even hides some active central volcanoes, of which Bárðarbunga is the largest and Grímsvötn the most active. While the icecap rises at its highest to over 2,000 m above sea level, the glacier base reaches its lowest point 300 m below sea level. Nowhere in Iceland, with the exception of Mýrdalsjökull glacier, does more precipitation fall or more water drain to the sea than on the south side of Vatnajökull. In fact, so much water is currently stored in Vatnajökull that the Icelandic river with the greatest flow, Ölfusá, would need over 200 years to carry this quantity of water to sea.